Our celebration happens each Sunday at 10:30am in our Sanctuary. Each Sunday is different. One Sunday we might have contemporary praise music, the next might be contemplative or traditional. Regardless, each worship service is accessible and grounded. All (and we do mean all!) are welcome to join us for worship, or any of our church activities.

“Come, let us sing for joy to the LORD; let us shout aloud to the Rock of our salvation.” Psalm 95:1

Our chancel choir welcomes all to join the fun of making a joyful noise, no auditions required!  We enhance the worship at FUMC with a variety of music styles, sometimes for quiet reverence, other times for joyful celebration, such as during Lent, Easter, and Christmas.  Under the skilled leadership of our music director Eric McKirdy, our adventurous choir has stretched its wings, traveling to sing praises to God in Ireland and England.  If you want to sing… we have a musical chair for you! 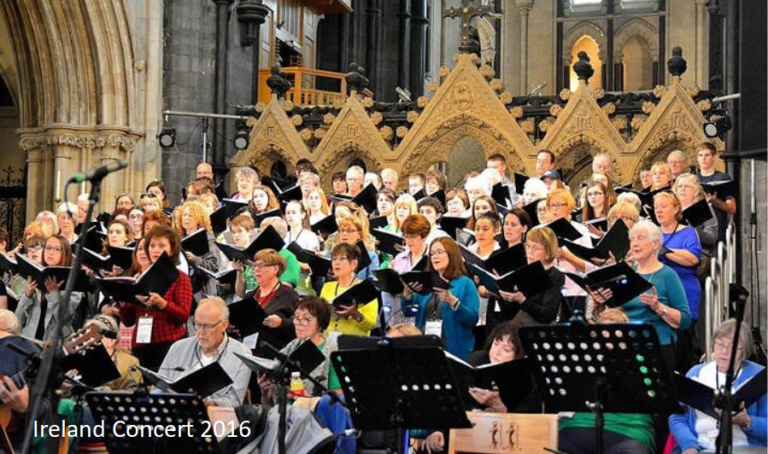 In 1908, after building half a century of musical traditions, a pipe organ was installed in the downtown Methodist Church building at Third and Ellsworth Streets. When the current church campus was built in 1962, that 1908 organ was brought along and installed; at the same time, it underwent minor modifications to bring it up to a total of 18 ranks (or stops). Thus, music has always played an important part in the ministry of Albany First United Methodist Church.

By 1985, decades of frequent use had taken their toll, and the growing size of the congregation rendered the organ less than serviceable for the needs of the church. In 1984, an organ committee was formed to examine options and declare a path forward. It was decided that the church would remove the aging organ and replace it with a brand new instrument built by the M. P. Möller Company of Hagerstown, Maryland, and installed by Lanny Hochhalter, president of Hochhalter Organs, Inc., now of Salem.

The funding of the new (1985) organ was done entirely through private donations. Original specifications called for four manuals (or ‘keyboards’) plus the pedalboard below with pipes installed in the front corner of the sanctuary as well as halfway back, basically flanking the choir loft with pipes. However, sufficient funds were raised only for the completion of three manuals plus pedalboard; the fourth manual has had drawknobs installed and ready to be played, missing only the corresponding pipes in the center pipe chamber. As the organ would still be perfectly playable, it was decided in 1985 to leave the organ unfinished (with 34 ranks) rather than incur debt to finish the project.

In 2010, Hochhalter Organs, Inc. (which continues to maintain the organ) approached the church with an interesting opportunity to install a set of clarinet pipes from an organ being dismantled elsewhere in the region. It was a highly desirable rank of pipes, and a solo reed (such as a clarinet) happened to be one of the prescribed voices for the unfinished fourth manual. A new fundraising project was undertaken, and within weeks, the church was on its way to installing the first voice on the fourth manual, bringing the number of ranks on the organ to 35.

In 2015, new brass chimes were installed to replace the 65-year-old carillon that was held over from the previous organ. The new chimes hang prominently in the central pipe gallery.

Also in 2015, 610 new pipes (representing 10 more voices) were acquired to complete the Positiv division. These pipes were installed in 2018, along with a viola and viola celeste on Swell II. At the same time, all lighting was converted to LED; a Bluetooth page-turn switch was installed, and a Zimbelstern was added next to the chimes in the center gallery.

“Make a joyful noise to the Lord, all the earth; break forth into joyous song and sing praises!”  Psalm 98:4

To complement the traditional hymns, our praise band provides more contemporary offerings.  Prior to worship, the praise band often leads us in “gathering songs,” to welcome us into fellowship with an “up” beat. In addition to vocals with piano, guitar and percussion accompaniment, don’t be surprised by the occasional violin piece. 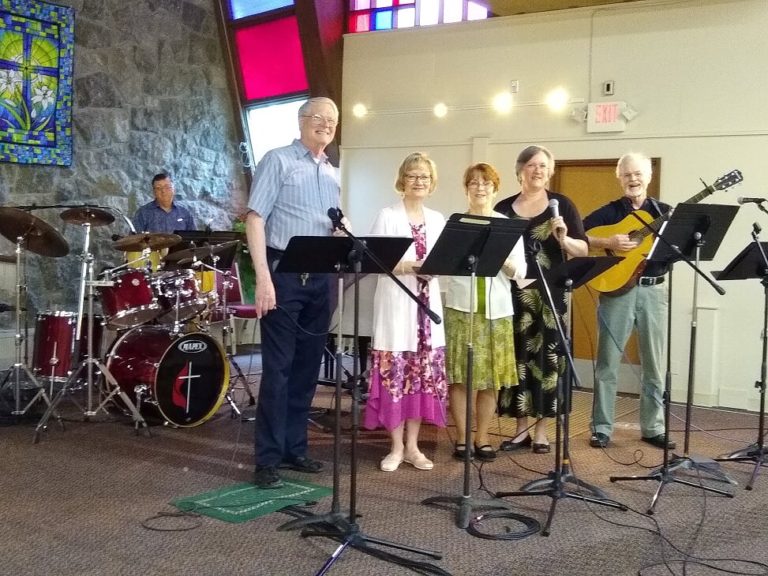 The church has a 3 octave set of Malmark English handbells purchased in 1987 with fundraisers including a newspaper drive and a pig roast. In 2016 they were refurbished by the manufacturer. Initially the church had a regular handbell choir of more than a dozen ringers. Eventually the bells went into storage for a while, but were brought out again in 2001 to play for Christmas and Easter seasons. More recently the church has added four octaves of hand chimes. Currently there is not a full handbell choir so the bells and chimes are played by ensembles and soloists with piano accompaniment. Practice times vary depending on when ringers are available, and usually just a few weeks ahead of an event when they will be played.

We are always interested in having more people to ring our handbells and chimes. It is not necessary to be able to read music, but a good sense of rhythm is helpful, along with willingness to commit to regular practices. To inquire about ringing, contact the music director or handbell director at (541)928-3505 or info@albanymethodist.org 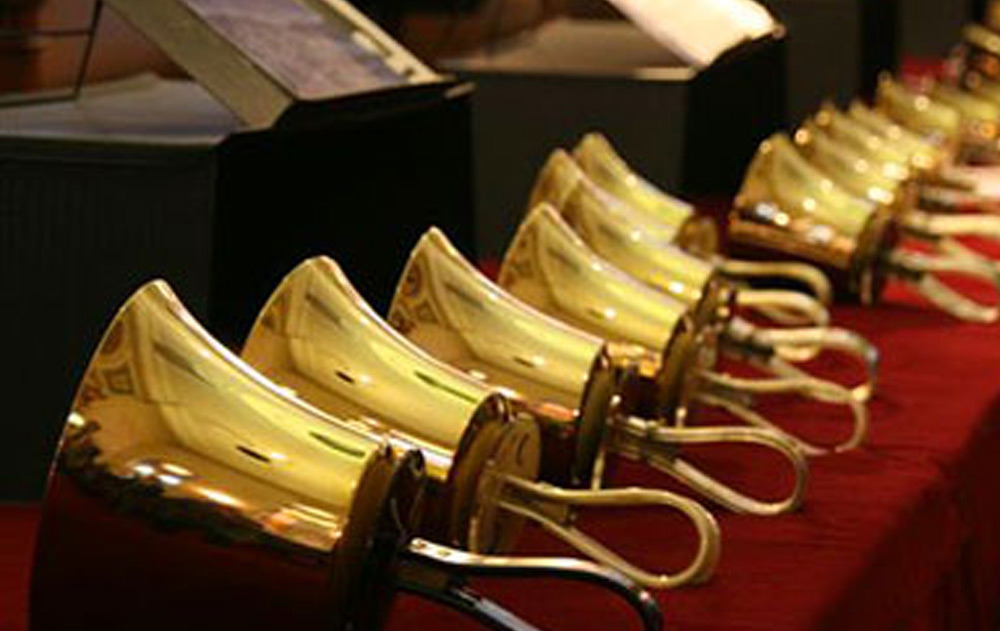